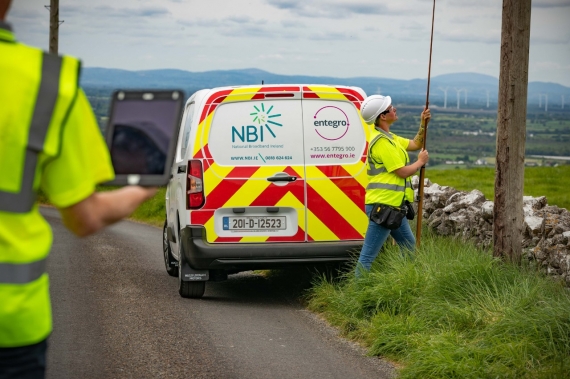 The contract for the Irish Government’s NBP roll-out, which is being undertaken by National Broadband Ireland (NBI), will span 96% of the country’s land mass and connect even the most remote parts of rural Ireland. This development sees the Kilkenny-headquartered company awarded a contract to fulfil some of the survey and design stages of the National Broadband Plan for NBI.

Work has already begun in Carlow - with Tipperary to follow soon after- and will involve entegro’s 70-strong team working in rural communities and survey locations nationwide.

As entegro continues to grow its workforce, an ongoing recruitment drive has been active for several roles including Network Designers Engineers, experienced Surveyors and Trainees wishing to enter the industry.

Commenting on the contract, Managing Director of entegro, Jim Doyle said, "This hugely significant project is akin to the rural electrification of Ireland. There is not one home, family, business or community in rural Ireland that will not benefit from being connected to this fibre network. We look forward to the challenge, and to playing our part in the development and delivery of such a critical infrastructure project, that will be vital in Ireland’s future prosperity and growth."