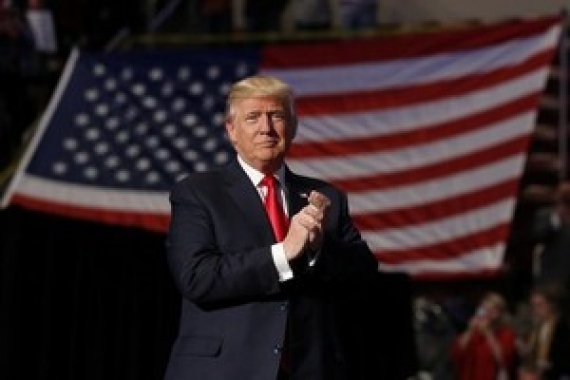 Stock markets, oil prices and the dollar slid on Thursday after President Donald Trump raised the possibility of delaying the U.S. presidential election scheduled for November, an unprecedented move that unnerved investors.

Trump, without evidence, repeated his claims of mail-in voter fraud and raised the question of a delay, writing in a post on Twitter, "delay the election until people can properly, securely and safely vote???"

Ken Polcari, chief market strategist at SlateStone Wealth LLC in Jupiter, Florida said markets had expected Trump to lose in November, but not by how much.

"There is a possibility that not only does he lose but they sweep the whole thing and it goes really far to the left," Polcari said.

A report on initial jobless claims had set Wall Street up to open lower as it showed the economy slipping after an early strong response to the coronavirus. A report on U.S. gross domestic product showed how much the economy had slowed in the second quarter.

Dismal earnings reports and weaker-than-expected German GDP data added to an already sour mood, with the STOXX 600 slipping about 2.1%.

Earlier gains in Asian shares were undone, with MSCI's broadest index of Asia Pacific shares outside of Japan trading flat.

U.S. GDP collapsed at a 32.9% annualized rate last quarter, slightly less than expected, but still the deepest decline in output since the government started keeping records in 1947, the Commerce Department said on Thursday.

"The fact that it was better than expected maybe is a good thing, but certainly not much better, and it's still a terrible number," said Randy Frederick, vice president of trading and derivatives with the Schwab Center for Financial Research.

The worries came despite news on Wednesday that all U.S. Federal Reserve members voted as expected to leave the target range for short-term interest rates between 0% and 0.25%, where it has been since March 15, when the new coronavirus was beginning to hit the nation.

The unchanged policy setting together with a pledge the Fed would use its "full range of tools" if needed boosted risk appetite overnight. All three Wall Street indexes closed higher Wednesday.

But the Fed was already disappearing in the rear-view mirror on Thursday. Investor focus returned to negotiations over a new coronavirus relief package for the world's largest economy.

U.S. President Donald Trump said on Wednesday that his administration and Democrats in Congress were still "far apart" on a new coronavirus relief bill. A failure to agree risks letting a $600-per-week unemployment benefit lapse when it expires this week.

In currencies, the dollar index fell 0.15% and remains on course for its worst monthly performance in a decade.

The dollar has fallen on expectations the Fed will maintain its ultra-loose monetary policy for years to come and on speculation it will allow inflation to run higher than it has previously indicated before raising interest rates.