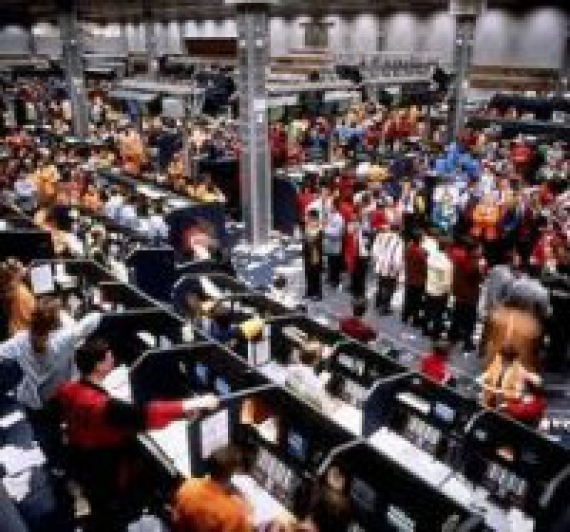 Britain's top share index edged up to a 15-year high on Wednesday, buoyed by a rebound in energy stocks and optimism that a deal over Greek debt is in reach. Britain's FTSE 100 was up 9.96 points, or 0.2 percent, to 6,908.09 by 0851 GMT, having touched 6,921.32, its highest since January 2000. The recent peak is only 0.4 percent off the record peak of 6,950.60, hit in December 1999. The index built on gains made on Tuesday after weak inflation data prompted speculation that any interest rate rise would be delayed, providing a boost to consumer spending. "Although we have a number of contributory factors, including improving consumer spending and the growing possibility of a UK rate cut, the big driver appears to be growing hopes that a resolution to the Greek debt situation will be found in the days ahead," Trustnet Direct market analyst Tony Cross said. Sentiment was underpinned by strength in financials, which added more than 6 points to the FTSE. However, the British blue-chip index underperformed the euro zone's Euro STOXX 50 , up 0.8 percent, as traders bet that a deal over Greece was moving closer. Peripheral euro zone markets led European shares higher after a source close to the government said that Greece intends to ask on Wednesday for an extension of up to six months on a loan agreement with the euro zone. Intercontinental Hotels rose 2.5 percent in early deals, leading the market higher as it rebounded from a fall after the previous day's full-year results. (Reuters) For more visit: www.businessworld.ie