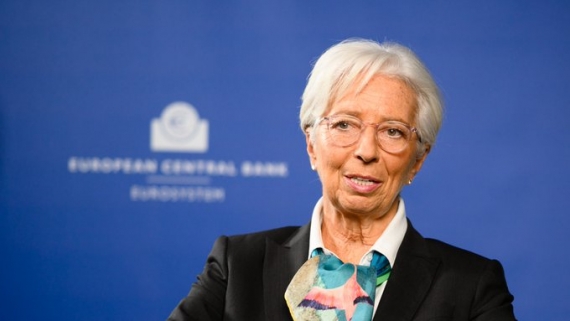 The euro stood its ground on Thursday ahead of the European Central Bank unveiling fresh stimulus measures, while sterling fell after post-Brexit trade talks were extended until the weekend in pursuit of an ever elusive breakthrough.

ECB officials have made clear in recent weeks that a bigger Pandemic Emergency Purchase Programme (PEPP) and more subsidized long-term loans for banks will form the backbone of policy measures.

Economists polled by Reuters expect the 1.35 trillion euro PEPP to be expanded by at least 500 billion euros and its duration extended by six months to the end of 2022, with risks skewed towards a bigger and longer extension.

"These adjustments are unlikely to have a significant effect on the euro even if the adjustments are going to be a little more pronounced than the market expects," Commerzbank analyst You-Na Park-Heger wrote in a morning note, adding that it would take an unexpected move such as a rate cut to put the currency under pressure.

Another potential surprise development would be the ECB President Christine Lagarde taking an equally unexpected "bazooka" strong stance against the recent rise of the euro, Park Heger argued, adding that in her view, "we are unlikely to see more than a toothless tiger today."

Against the pound, however, the euro rose 0.7% to 90.80 pence while sterling sustained similar losses against the dollar, retreating to $1.3317.

The British currency fell overnight after British Prime Minister Boris Johnson and European Commission President Ursula von der Leyen gave negotiators until the end of the weekend to decide if a trade pact can be struck after failing to bridge gaps themselves.

Bank of England Governor Andrew Bailey has said a no-deal Brexit would cause longer-term damage to Britain's economy than the COVID-19 pandemic, and the impact of the change might be felt for decades.

The U.S. dollar, which tends to fall when risk appetite is strong, held firm overall and was flat against a basket of major currencies as agreement on a U.S. stimulus remained elusive, with proposals and counterproposals on COVID-19 aid flying around the U.S. Capitol. (Reuters)