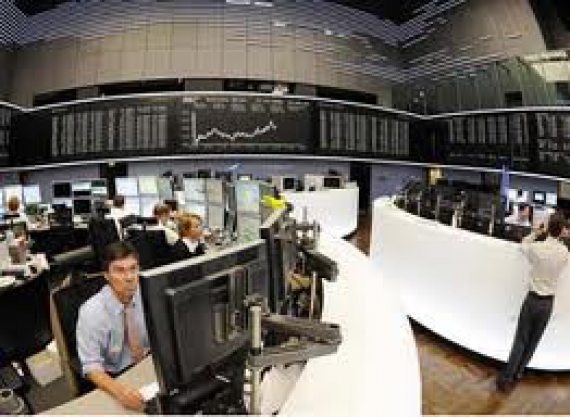 European stocks reversed early losses today and yields on lower-rated euro zone bonds fell as investors reassessed the collapse of Greek debt talks and focused on the prospects of a deal. The euro also recovered from early losses to rise against the dollar after Monday's breakdown of talks between Greece and euro zone finance ministers. Initial declines on equity markets were modest. "For now, we assume that logic will prevail and this movie won't end in disaster," said Paul O'Connor, co-head of the multi-asset desk at Henderson Global Investors. Both sides raised the possibility of another attempt to find common ground before the end of this week. The European Central Bank is set to decide on Wednesday whether to maintain emergency lending to Greek banks, and the Greek state faces some heavy loan repayments in March. Dutch Finance Minister Jeroen Dijsselbloem, who chairs the group of euro zone ministers, gave Athens until Friday to request an extension of its current bailout, which would otherwise expire at the end of the month. The pan-European FTSEurofirst 300 equity index opened lower but was last up just under 0.1 percent. Greek stocks underperformed. The volatile ATG main Athens share index was down 2.8 percent, after earlier dropping more than 4 percent and then briefly turning positive. Yields on three-year Greek government bonds rose 130 basis points to 19.04 percent and 10-year yields rose 66 bps to 10.58 percent. "The risk of a collapse is more elevated now because time is running out," said Patrick Jacq, rate strategist at BNP Paribas. "This is putting Greek government bonds under pressure, but contagion effects will remain relatively limited ... Eventually a deal is likely to be reached." Yields on lower-rated euro zone debt edged lower, suggesting no fear of an imminent break-up of the bloc. Italian 10-year bonds yielded 1.62 percent, down 1.8 basis points. Without support from creditors, the Greek government and banks face a funding crunch. That might lead to Greece's becoming the first country to ditch the euro and re-introduce its own currency. (Reuters) For more visit www.businessworld.ie