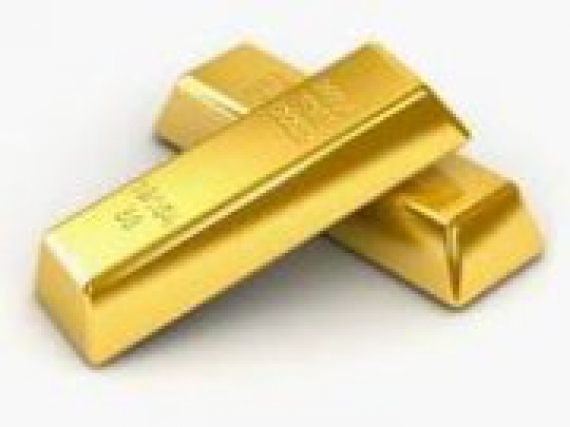 Gold was trading near a six-week low on Wednesday as equities recovered on hopes Greece would patch together a deal with its creditors, while the absence of major buyer China also dragged on the metal. Spot gold was little changed at $1,209.90 an ounce by 0734 GMT. It fell to $1,203.30 on Tuesday, its lowest since Jan. 6, before closing down 1.8 percent due to higher stocks and technical selling. The world's No. 2 gold consumer, China, will be closed for a week from Wednesday for the Lunar New Year holiday, removing a key support for gold prices. Chinese buying had been robust in the run up to the holiday, when gold is bought for gift-giving. But sales are expected to taper off during and after the holiday. Traders were awaiting minutes from the Federal Reserve's latest policy meeting to be released later in the day for clues on when the U.S. central bank could raise interest rates. Higher interest rates would boost the dollar and hurt non-interest-bearing gold. The prospect of a Fed rate hike by mid-year helped to push up the dollar index last month to its highest in 11 years, and it has been consolidating since then. Gold had seen some recent support from safe-haven bids prompted by uncertainty over Greece's future in the euro zone. But hopes that a compromise would eventually be reached between Athens and international lenders this week deterred investors from increasing their exposure to bullion. Greece intends to ask for an extension of its loan agreement with the euro zone on Wednesday, a source in Brussels said, distinguishing this from its full bailout programme. This comes despite a war of words between Greece and EU paymaster Germany, with Athens' new leftist prime minister rejecting what he called "blackmail" to extend an international bailout and vowing to rush through laws to reverse labour reforms. (Reuters) For more visit: www.businessworld.ie