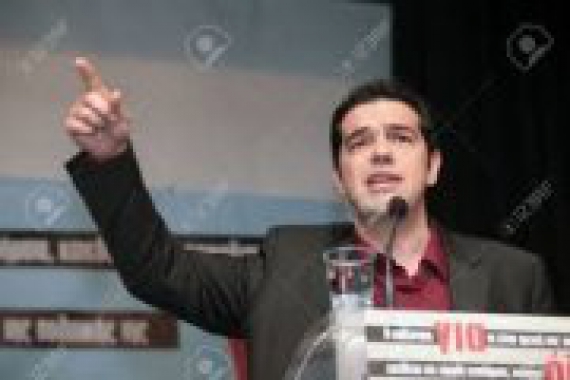 Greece offered to accept conditions on an extension to its loan agreements with the euro zone, and even an inspection by the EU Commission, at a fraught meeting in Brussels today, documents released by Athens showed. Prime Minister Alexis Tsipras has consistently rejected any suggestion of foreign supervision of Greece's finances by EU/IMF lenders. But the documents released on Wednesday suggest a more flexible line by his government to placate euro zone creditors than his anti-bailout rhetoric at home has suggested. The documents included statements made by Finance Minister Yanis Varoufakis at meetings this week and last of euro zone finance ministers, and were released in an apparent effort to dispel criticism that Athens showed up unprepared and without numbers to back up its proposals. At Monday's Eurogroup meeting, Greece was willing to accept the terms of its loan agreements and the Commission review at the end of an interim period. Athens also pledged not to do anything to derail its budget or push for a "haircut" on the face value of its loans, as it had initially sought, the statement by Varoufakis to the meeting showed. Since the collapse of talks on Monday, however, Tsipras has announced plans to push through new bills in parliament on home loan foreclosures and reversing labor market deregulation, suggesting Athens is intent on keeping up pressure on its partners and making clear that it will not accept ultimatums. Athens is expected to request an extension to its loan agreement with the euro zone later on Wednesday. Here are some highlights of the arguments and proposals offered by Greece at its latest round of talks with creditors according to the documents released: - Athens wants a three to six month agreement to establish "common ground" - Athens suggests a direct transfer to the International Monetary Fund of 1.9 billion euros of profits made by the European Central Bank on its holdings of Greek bonds. - In return for the ECB profit return and other measures to resolve short-term cash issues, Athens offers to a) meet terms of its loan agreements, b) take no action derailing its budget and c) take no action toward a haircut of loans' face value. - Athens offers to seek advice of partners before legislating on a backlog of taxpayer arrears and non-performing loans held by banks. - Athens asks partners to agree that during an interim period there will be no measures it considers "recessionary" such as pension cuts or value-added tax increases. - Athens believes short-term financing and conditionalities are "technical issues" that can be "resolved within a day or two, as long as the political will is present." - Athens pledges to use the interim period to cut the "Gordian Knot" of bureaucracy, reform tax, the justice system, media and dismantle cartels. - Athens says the government is "ready and willing" to apply for an extension of its loan agreement till the end of August or "any duration that Eurogroup may deem fit." - Athens will agree on a number of "sensible conditionalities for the duration of this period" and commit to a "full review" by the European Commission at the end of interim period. (Reuters) For more visit www.businessworld.ie