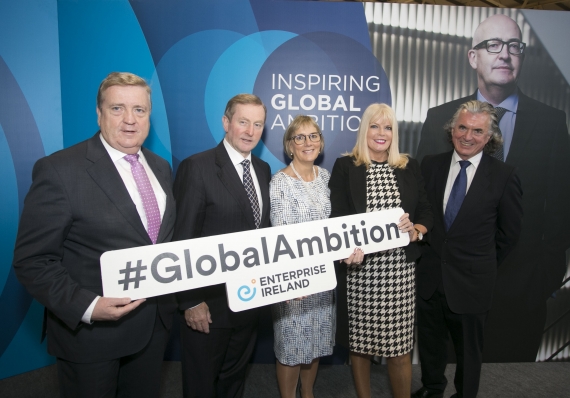 A new survey by Enterprise Ireland has found that almost nine out of ten Irish companies plan to extend into new international markets over the next 12 months.

More than 140 international Market Advisors from over 30 Enterprise Ireland overseas offices have returned home to assist over 400 client companies with developing new global export plans in the context of Brexit during the week.

The survey shows that the top three export target markets are USA/Canada, Northern Europe and the United Kingdom. These market regions are closely followed by Southern Europe/Middle East/Africa, Asia and Central Europe/Eastern Europe/CIS and Russia.

Furthermore, nearly one in five companies with Global expansion plans indicated an interest in Latin America and four out of five companies are active in the UK market.

Interestingly, 80% of those active in the UK said they plan to deepen their involvement in the UK market.

Speaking at the International Markets Week Breakfast Briefing, the Taoiseach said, "Enterprise Ireland has been proactive in assisting exporters. Staff from their overseas offices have travelled home from four corners of the world to meet with hundreds of Irish exporters who are making their plans for the next year and beyond. This is an important event, particularly in the context of the UK’s decision to leave the EU which poses new challenges for Irish exporters."