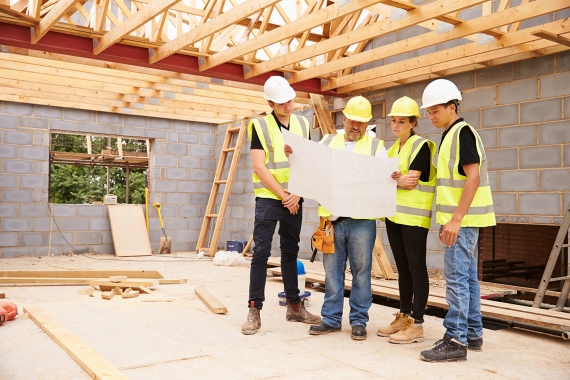 The latest figures from the Central Statistics Office (CSO) show that new dwelling completions in Ireland bounced back strongly in the fourth quarter. Quite remarkably, completions for 2020 were only down 2% year on year (yoy), despite having fallen 33% yoy in the second quarter. The fall in starts, however, has been more notable, suggesting lingering impacts into this year.

There was a significant bounce-back in home completions in the second half of the year after the lockdown ended. Having fallen as much as -73% yoy in April, completions grew by +19% yoy in December. This suggests momentum was building, but while builders were completing units, commencements fell sharply, with the latest data in the three months to October showing a fall of 30% yoy.

While some catch-up remains, Goodbody Stockbrokers say these trends suggest a flatter profile for output over the coming twelve months. Given the relatively buoyancy of the market, Ireland may see an easing of funding constraints as restrictions are eased in the second half of the year. Those builders, including the larger PLC that have continued to commence new sites will have an advantage this year.

There were 4,067 apartment units completed in Ireland in 2020, the largest since 2009. However, the level and share of apartment building last year was not especially high in an historical or international context. For reference, Ireland built 20,000 apartments at the peak of the construction boom in 2006, while apartments represent over 50% of new build in many European countries.

Updated regional development plans are currently encouraging increased density in the coming years, but a significant viability gap exists for many of these projects. There was also a bounce in completions of scheme housing in the final quarter (+9% yoy). This was led by the Border counties and the Mid-East region (Dublin commuter). Despite a decline for the year as a whole (-8% yoy), the largest amount of scheme houses were built in Dublin's commuter counties. The biggest increase in schemes was in the South-West of the country (+21% in 2020).

According to Goodbody Stockbrokers, "We have been using energy rating statistics as an indicator of supply for the past few years. Given that the CSO use electricity connections to measure home completions, there will always be a discrepancy between the two measures. We try to adjust for measurement issues, but not that the error has been unusually high in recent quarters, likely due to the impact of lockdowns and social distancing."