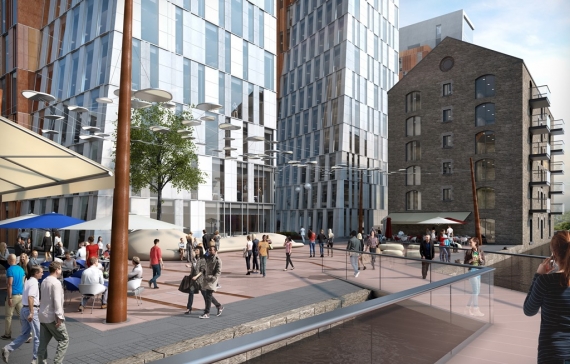 A report in the Sunday Business Post has indicated that JP Morgan is considering doubling its workforce and that Barclays, Morgan Stanley and Bank of America Merrill Lynch have given mandates to secure office space in Dublin.

However, there have been few concrete decisions to move activity from London to Dublin and comments from Junior Minister for Finance, Eoghan Murphy, pointing to 'creeping regulatory arbitrage', highlight the degree of competition Dublin will face from other European locations as companies decide to relocate activities away from London, as has AIG's recent decision to choose Luxembourg as its preferred destination.

Even if Dublin were to gain only a modest share of the tens of thousands of jobs that may be relocated away from the UK, this would have a significant impact. Dublin’s office market is just 3.8m square metres, with 250,000 square metres of new take-up in 2016. Employment in multinational sector companies operating in the Dublin region equals just 96,000.

According to Davy Stockbrokers, "The total stock of UK FDI equalled $1.5trn in 2015, second only to the United States and equivalent to 6% of the global stock. In comparison, Ireland has attracted 1.7% of global FDI. So should Ireland pick up only a small share of redirected investment flows from the UK, this would have a marked impact. It is often forgotten that 60-70% of multinational sector jobs growth in Ireland comes from existing companies."

They added, "So far in 2017, the Irish Industrial Development Authority (IDA) has announced over 2,000 jobs – again the bulk of which have been in the ICT sector and in the Dublin region. So, in any case, existing expansion plans should help bolster multinational sector employment in Ireland."