Home > Ireland > Irish commercial property investment is on-track for another 3.5bn year in 2015 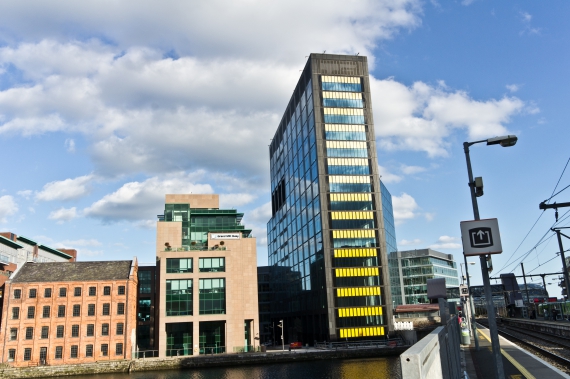 Savills have released their latest Commercial Property Investment Statistics today. Last year set a record for the Irish market with over €4.5bn of income producing property assets traded and according to Savills Ireland’s commercial property investment is on-track for another €3.5bn year in 2015.

While the value of investment turnover has remained relatively consistent, transactional activity has increased dramatically with the number of deals tripling from 33 in the first half of 2014 to 102 in the first 6 months of 2015.

Investor focus by sector remained largely focused on Office and Retail investments accounting for approximately €280m and €259m respectively. Savills are reporting that geographically, focus over the last 3 months has not been restricted to the capital with over 52% of sales being assets or portfolios outside of the Dublin - with large transactions taking place in Cork, One Albert Quay and Kerry, Manor West shopping Centre.

Savills report that in the second quarter only one portfolio sale, The Cornerstone Portfolio, traded for in excess of €100m, with the largest single asset sale being the Riverside 1 office investment which Savills sold for in excess of €80m to IPUT.

Another change witnessed from earlier in the year is that Irish Investors dominated the investment landscape accounting for almost 53% of transactions, the main players being Irish Life, IPUT, Davy, Green REIT, along with a large number of Private Irish Investors.

Director of Investments at Savills, Fergus O’Farrell said, "The first 6 months of 2015 has been positive, not only because of the overall level of activity, but also because of the breadth and depth of market demand.  We now have a wider and more diverse buyer pool to sustain the market with significant levels of turnover and volume."

He concluded, "There is almost €900m worth of assets on the market as we move into Q3, and of this, product with an original guide price of over €316.3m is currently sale agreed or under offer. With this in mind the next 6 months of 2015 is shaping up to be a very busy period leading up to year end."