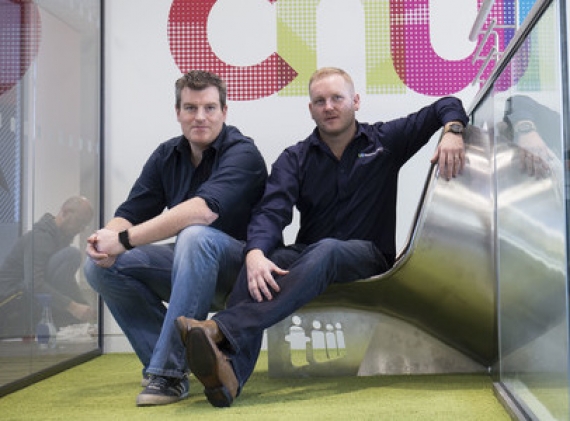 The cloud-based business management applications company also announced that their former office will be made available to SaaS startup companies as an incubator with access to mentors, desk space and facilities.

After increasing their workforce from 20 to 70 in the last two years, Teamwork.com aim to bring the total number of employees to 120 in Cork by the end of 2017.

Teamwork.com are Ireland’s most profitable SaaS company whose clients include PayPal, eBay, Disney, Forbes and Spotify. There are over 268,000 companies using Teamwork.com products across the globe with almost 2.8 million users.

Speaking about the new offices, Co-founder, CEO and Lead Developer of Teamwork.com, Peter Coppinger said, "As the company continues to grow, we needed a place that reflected our culture, as well as our passion for technology and great design while at the same time, being a comfortable environment where the team can be productive.

He added, "Every developer will get their own office, a concept taken from the book ‘Peopleware’, which advocates the need for private offices in order to allow developers to have uninterrupted time. Both my cofounder and I are programmers and have seen first hand the benefit this can bring. We see it as part of our job to provide the facilities to keep the machinery of our business humming along, and for us those machines are our developers."