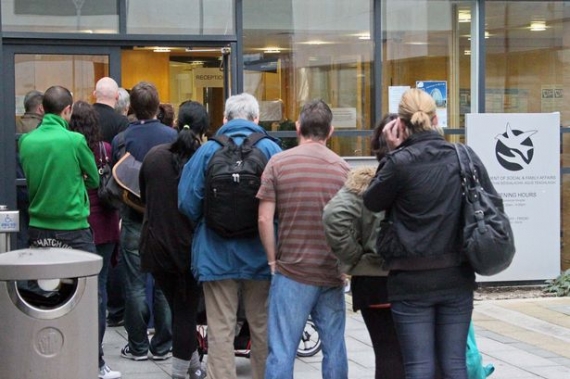 The seasonally adjusted unemployment rate was unchanged in December at 8.8% according to the latest Monthly Unemployment release from the CSO.

Employment rose in twelve of the fourteen economic sectors on an annual basis and fell in the other two in the third quarter of 2015, according to the most recent published figures. The greatest rate of increase was posted in the Construction (+13.3% or 15,000) sector. The pick-up in this sector is particularly encouraging given that it was the one that suffered the worst job losses in the economic downturn.

The Department of Finance is projecting that Ireland will pass the two million people in employment mark in 2016, replace all of the jobs lost during the downturn by 2018 and, in total, between 2015 and 2020, add more than 200,000 new jobs.

Merrion stockbrokers claim the Government’s spending plans on both the current and capital side will help to further boost employment and reduce the numbers out of work.

According to Merrion, "There was an average increase in the numbers at work in 2014 of 32,800 and employment prospects look good again for 2015 due to the strong economic recovery, with a net increase in jobs of close on 53,000 now forecast.

"However, labour supply has begun to increase in response to the improved economic situation, and this is slowing down the decline in the jobless rate. Still, we expect the downward trend in unemployment to continue over the next few years all things being equal."