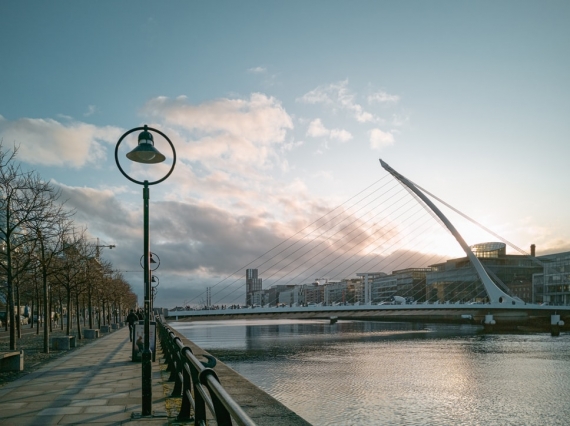 Technology companies, in general, have performed the best in terms of market capitalisation and earnings growth in recent years. In Q4 2019, only Facebook, Apple, Alphabet (Google), Microsoft, and Amazon delivered growth for the S&P 500, and this situation has remained more or less the same in 2020. By removing these companies from the index, investors saw no growth in earnings at all, which only demonstrates the power of big tech in today's economy.

The gaming industry, which has many of its biggest publishers listed on the NASDAQ rather than the S&P 500, has also been enjoying growth. In Q4 of 2019, nine of the ten biggest earners all saw their gaming-related earnings grow when compared to the previous year. These companies were:

Of these nine companies, more than half have bases in the Republic of Ireland, showing how the country is at the heart of the gaming boom.

The Irish are spending an increasing amount on video games. According to Statista, gaming revenue in the country is expected to reach €91 million in 2020 and grow by 5.2% annually to each €112 million by 2024.

During the same period, the percentage of the population that plays video games is expected to increase from 26% today to almost 50% in 2024.

The online casino industry is also booming, both in Ireland and right across the rest of Europe. Fans of the most popular online slots and other casino games are expected to generate more than €20 billion in revenue for the sector this year.

The Independent has reported different figures, stating €296 million was spent on video games in Ireland during 2014, an increase of 11% from the previous year. However, it pointed out that at the time, the majority of this spending was not going to Irish companies.

A Double Irish with a Dutch Sandwich

At the time, this was due to a completely legal tax avoidance tool known as the Double Irish, which was often combined with another tool called the Dutch Sandwich. This meant that many US tech companies, including all of the ones listed above, would set up subsidiaries in Ireland to reduce their tax liabilities elsewhere.

The European Union legislated for the Double Irish tool to be closed, with the ban coming into force from January 2015. There are some exceptions, with companies being allowed to continue using the scheme until the end of 2020.

From Tax to Training

Over time though, this Double Irish scheme has worked wonders for the tech industry in the country. These giants have recruited and trained local people in the skills required to design, programme, and publish video games, creating a huge talent pool in the country.

One of these was Riot Games, which in its own words, set up its small Dublin office for “player support and localisation”. It has then grown this office to include publishers, engineers, and developers.

Some of the people that have been trained up by these international companies have then gone on to set up their own businesses, creating a large indie gaming scene in the country.

As the Double Irish was closed, many new Irish game developers sprung up, acquiring a small, but respectable, 0.5% of the Irish gaming market in 2015. This saw them generate €1.2 million in revenue from local sales.

This included companies like SixMinute, Gambrinous, Digit, and Romero Games. The latter saw its founder and CEO, Brenda Romero, win a BAFTA in 2017 in recognition of her “creative contribution” to the gaming industry.

Jon Romero, who is famous for his work in developing Doom, Quake, and Wolfenstein 3D, is also a senior member of the Romero Games.

The homegrown Irish developers still have a way to go before they catch up to the US giants like Electronic Arts and Microsoft. But with talent like that at Romero Games and the strong technology sector in the country, they will certainly continue putting out great content for years to come.