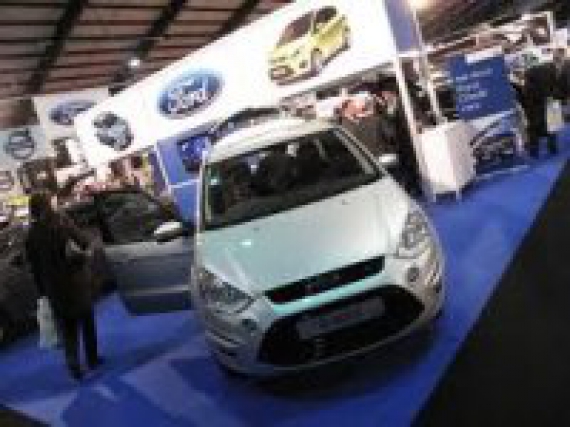 The recovery in Europe's car market gathered momentum in January, industry data showed today, as an improvement in consumer confidence, retail incentives and new product launches boosted demand for most brands. New passenger car registrations in the European Union and European Free Trade Association trading block rose 6.2 percent during the month to 1.03 million vehicles from 968,451 in the same month last year, according to data from the Association of European Carmakers (ACEA). Europe's car industry is turning the corner after a six-year slump during which sales fell to their lowest in decades. "January was another strong month," George Galliers, an analyst with Evercore ISI, said in a note. "We remain constructive on the European auto market, though note the (comparison data) does get slightly more challenging over the coming two months before easing through the second quarter." The strength of the January increase partially reflects weak figures for the same month a year ago. New registrations increased in almost all of Europe's main markets in January and were the rise was particularly strong in Portugal and Spain, where they were up around 28 percent. Spanish sales benefited from a government subsidy scheme, which offers price cuts on new low-emission vehicles. In Italy, where sales rose 10.9 percent, Gian Primo Quagliano, president of industry group Centro Studi Promotor, said there was more upside to Europe's fourth-largest car market. "Things in Italy could improve substantially through positive boosts to our economy expected from a drop in crude prices, the depreciation of the euro, the policy of the ECB and improved consumer confidence among families and businesses," he said. Mass-market and selected premium brands were big beneficiaries of the pick up in demand. European sales of Volkswagen's and Renault's namesake brands rose 8.3 percent and 11.4 percent, respectively, while those for GM's Opel/Vauxhall brand increased 15.1 percent. Fiat Chrysler deliveries grew by 5.8 percent, thanks to a 164 percent jump in Jeep sales, following the launch of the Renegade, a small model targeting the European market. Improving consumer confidence also lifted sales of German premium brands, with registrations of Daimler's Mercedes vehicles and BMW cars increasing 12.7 percent and 4.9 percent, respectively. (Reuters) For more visit www.businessworld.ie