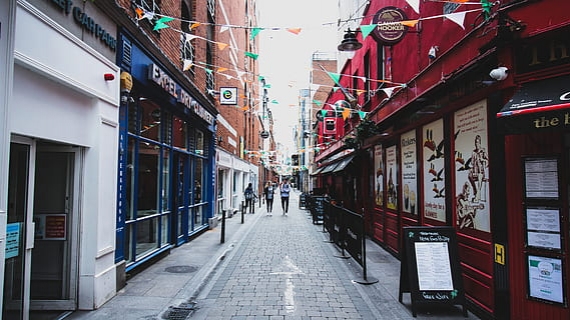 A significant number of Irish businesses are feeling less optimistic about the outlook for the economy than just six months ago as inflationary pressures and market volatility present challenges to growth, according to new research from Grant Thornton Ireland.

Some 62% of businesses surveyed for the Grant Thornton International Business Report across the first six months of the year report being optimistic about the economy in the coming 12 months. However, this reflects a notable drop from 85% reported by Irish businesses in 2021 - the highest level of optimism of all 29 economies surveyed at the time.

The Grant Thornton Global Business Report surveyed 10,000 mid-market businesses globally across 29 economies, including Ireland, in the first half of 2022. The figures are based on survey of 60 Irish businesses for Grant Thornton Ireland. Interviews were conducted with Chief Executive Officers, Managing Directors, Chairperson or other Senior Executives from all industry sectors.

More than a quarter of Irish businesses are still looking to international markets to encourage growth. Some 33% expect to increase revenue from non-domestic markets, while 25% also plan to expand the number of countries they sell to. More than half (53%) report regulatory red tape as a challenge to growth, up from 37% who reported this issue in the second half of 2021.

More generally, 45% of businesses continue to report the availability of skilled workforce as a challenge. With rising wage demands, some 58% of businesses report labour costs as a constraint to growth – this is more than double the 27% who reported this as a concern in first half of the year in 2021.

Speaking on the challenges identified for Irish businesses, Grant Thornton Ireland Chief Economist, Andrew Webb said, "We are consistently seeing businesses facing the same challenges such as regulatory red tape, and labour costs and access to a skilled workforce. In such a competitive jobs market across most sectors right now, this will continue to present challenges to growth for Irish businesses as they continue to invest in international markets while at the same time tapping into a wider pool of international talent."