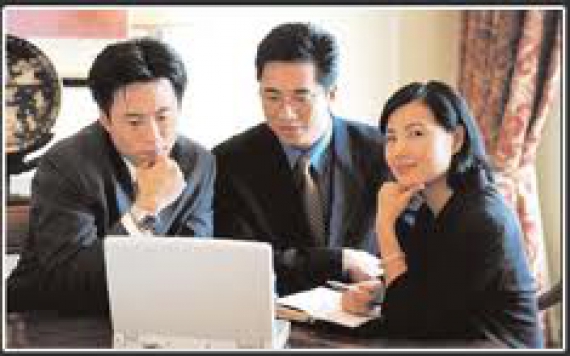 Japanese stocks rose to a 15-year high on Thursday, helped by gains in financial stocks, while Sony Corp jumped on a well-received business plan. The Nikkei share average ended 0.4 percent higher to 18,264.79, its highest closing level since May 2000. Market players said that a combination of factors have helped to underpin demand from foreign investors for Japanese stocks. These include news state-owned Japan Post Holdings Co's ditching of its conservative approach to investments with its $5.1 billion takeover of Australia's Toll Holdings, and the Nikkei breaking new ground on its dollar-based value. Meanwhile, the dollar eased to 118.65 yen, from 119.26 before the U.S. Federal Reserve minutes were released which showed that officials expressed concern that raising interest rates too soon could chill the U.S. economic recovery. Among Thursday's gainers, Sony soared as much as 4.0 percent to 3,300 yen, the highest since April 2010 after saying that it aims to boost operating profit 25-fold within three years by growing its camera sensor and PlayStation operations. Banking shares were higher, with Mitsubishi UFJ Financial Group and Mizuho Financial Group both rising 3.6 percent. Some analysts noted overbought technical signals in the market suggest near-term profit-taking could be possible. The toraku ratio, or up-down ration, rose to 138.70. A level above 120 signals an overbought market. The ratio is calculated by dividing the 25-day moving average of stocks on the Tokyo Stock Exchange's first section that gained by the 25-day average of those that fell. The broader Topix rose 0.8 percent to 1,494.93, the highest closing level since December 2007. The JPX-Nikkei Index 400 gained 0.8 percent to 13,557.69. (Reuters) For more visit: www.businessworld.ie