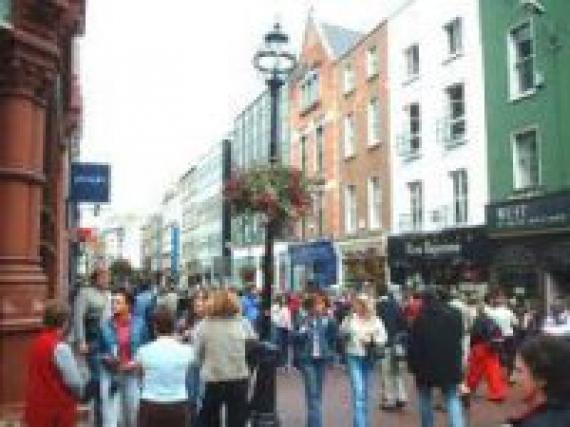 Over a third (36pc) of retailers' revenues in the Grafton Street and Henry Street areas of Dublin's City Centre, comes from shoppers who arrive into the City Centre by bus. Over a fifth (21pc) comes from people who walk into town and 16pc comes from people taking the Luas in. Just under 20pc comes from shoppers who arrive by car. That's according to Millward Brown's Dublin City Centre Shopper Survey published today, by the National Transport Authority. A total of 1,671 respondents answered questions on why they came into town, how they travelled in, how many times they had visited in the previous four weeks, how much money they were spending in town that day, among other things. Anne Graham, CEO of the National Transport Authority said: "We wanted to understand the spend, motivation and travel habits of people visiting Dublin's city centre, and to measure the impact each transport mode makes on shopping activities in the city centre - to inform our future planning strategies for the Capital City." "And the research clearly demonstrates that a thriving city centre relies on the public transport passenger, walkers and cyclists. While people coming in by car will always be important - they do spend the most money per head when they are in town (E137) - it is the public transport, walking and cycling communities that deliver the strongest cash injection to the city's economy as a whole. After all, they account for over 80pc of all visitors, and we will continue to put these people at the centre of our transport planning - for the long-term economic benefit of the city." The survey was conducted on-street, face-to-face, by Millward Brown researchers, on Henry Street and Grafton Street in October 2104 amongst residents of the Republic of Ireland aged 16-plus. A total of 1,671 respondents took part. For more visit www.businessworld.ie