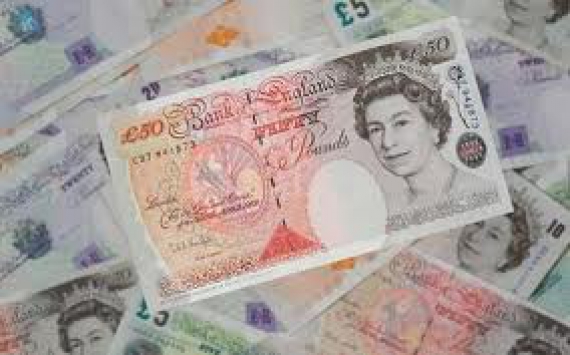 Sterling was the biggest mover on major currency markets today, driven higher by the latest in a batch of more optimistic signals on Britain's economic prospects ahead of elections in May. In Europe, all eyes remained on Greece and the associated risks to the euro while the yen steadied after a jump driven by the Bank of Japan's confirmation that it saw no need to print more money to stimulate its economy. Average wage growth, for long the big missing ingredient in Britain's economic recovery, surged to 2.1 percent in December, dwarfing inflation which fell to 0.3 percent last month and driving sterling almost 1 percent higher to 73.64 pence per euro . Broadly, the argument in favour of the pound - now trading at a 6-year high against a basket of currencies - is that the UK will prove a safer bet than its peers in Europe in the coming years, with better growth and higher bond yields. "The data this morning was very positive, and will perhaps offset some of the concerns around the threat of deflation to the UK economy," said Alex Edwards, head of the corporate desk at broker UKForex. "It's been a big boost for the pound. $1.54 has been taken out ... and $1.55 is the next natural barrier, a level which could well be breached following the FOMC meeting minutes later tonight," he added, referring to minutes from the U.S. Federal Reserve's rate-setting committee's latest meeting. Analysts from custodian bank BNY Mellon argued that the pound looks increasingly like a safe haven of choice for pension and investment managers worried by the collapse of returns on government bond yields in Germany and other euro zone leaders. "Amidst political uncertainty that has been the bane of sterling's performance on countless occasions and in the face of economic fundamentals that have yet to provide a solid case for policy normalisation by the Bank of England, GBP is rallying," the bank said. "It is once again playing the role of safe haven." The pound also rose half a percent to $1.5434. Price action elsewhere was limited but the yen did blip higher after the BoJ decision to keep policy steady. Governor Haruhiko Kuroda said he saw no immediate need to expand monetary stimulus again with inflation heading up towards his 2 percent target, though he said the BOJ "would not hesitate" if the inflation outlook changed. As with the euro, a period of relative stability for the yen has raised some doubts over how fast even the United States' better economic performance will drive further gains for the dollar after a surge since the middle of last year. The euro fell by a third of a percent to $1.1374. By 1252 GMT, the yen traded broadly flat at 119.29 yen per dollar. (Reuters) For more visit www.businessworld.ie