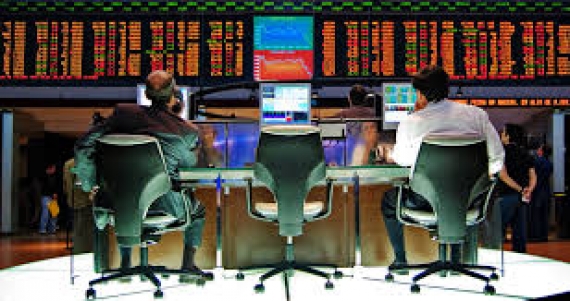 The euro zone's government bond yields nudged up on Thursday, a day after plunging to record lows on growing fears that the world economy is heading for a recession that will push central banks to deliver aggressive easing steps.

After falling for nine straight days, its longest decline since late 2015, Germany's 10-year bond yield was up just 2 basis points at -0.56%.

Euro zone 10-year bond yields rose 2-3 bps - a mere blip in the sharp falls that have seen a growing number of yields drop below 0% for the first time.

The prospect of recession widened the inversion between U.S. three-month bills and 10-year yields to 39 basis points on Wednesday, a level not seen since March 2007.

Long-term global borrowing rates have never been lower. The aggregate yield on a Bloomberg-Barclays index of seven- to 10-year bonds worldwide dropped to a record low 1.44% on Wednesday.

"The result of what central banks actually deliver now and clarity on the macro impact of trade wars will set the tone going forward."

Thursday's bond selloff was most pronounced in southern Europe , which has benefited from the rush to grab bonds with a positive yield.

Still 10-year Italian bond yields rose 9 bps to 1.49%, also pushed up by renewed tension within the ruling coalition that could lead to its collapse or a cabinet reshuffle that would see the departure of the finance minister.

"We had another threat by Salvini that he wants some ministers removed from the government and that raises the threat of an early election," said DZ Bank rates strategist Rene Albrecht, referring to League leader Matteo Salvini.

The League is one of two parties that make up the Italian government. (Reuters)