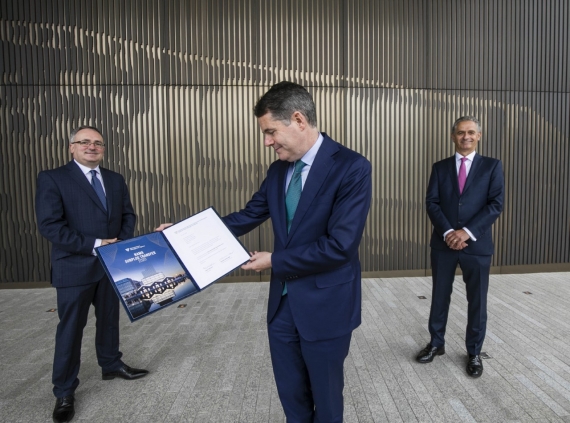 NAMA, which has repaid all the debt, said its deleveraging programme was 96% complete at the end of 2019 but that it would have to mitigate the risks presented by the changed coronavirus-related economic backdrop to maximise the full surplus.

McDonagh said the NAMA was beginning to see interest again in the properties for sale in its portfolio after the coronavirus disruption and that it had not seen any big adjustment in office pricing to date.

NAMA remains confident of at least delivering the full 4 billion euro surplus despite the disruption, he added, but hoped to exceed that "if things go right".

The 2 billion euro surplus had been earmarked to pay down some of Ireland's high national debt. But with the government borrowing heavily to keep the economy afloat, Finance Minister Paschal Donohoe said it would instead help support individuals and firms impacted by COVID-19 in the coming months

"This repayment will materially reduce the level of borrowing needed to get us through this crisis. The money has been earmarked for spending and will greatly assist the government," Donohoe said in a statement. (Reuters)