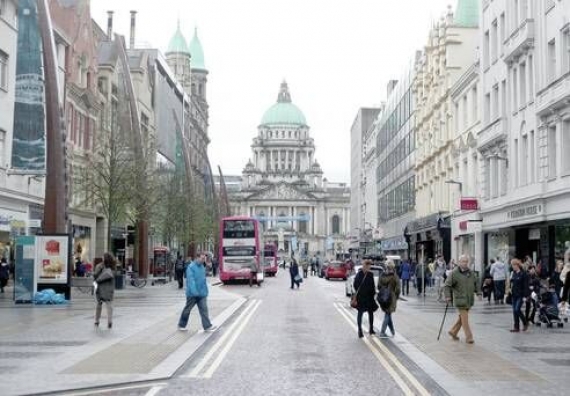 The estimate was revealed as Lisney published the findings of its report into the second quarter of 2017, during which it said the market had sustained a “pausing effect” due to the UK General Election.

The report found transaction volumes are expected to increase significantly with the £125m purchase of CastleCourt Shopping Centre by Wirefox completing in the third quarter, a major contributory factor.

The report also found that office take up from April-June improved on the first quarter, reaching 43,000 sq ft, but added that unsatisfied demand is now between 400,000 and 500,000 sq ft.

In the retail sector, Lisney said the second quarter was marked by more activity in the regions with significant new lettings in Enniskillen, Coleraine, Bangor, Ballymena, Newry and Derry.

Lisney also stated that 2017 is expected to provide greater investment volumes than the £215m transacted last year, but added that demand could be dampened as consumer spending shows signs of slowing down.

Commenting on the findings, Managing Director of Lisney Northern Ireland, Declan Flynn, said: “Overall transaction levels in the Northern Ireland commercial property market are expected to rise significantly in 2017 compared to last year and we are seeing continued demand particularly for investment stock. Subdued investment volumes over the first half of the year were as anticipated in the context of the General Election while its pausing effect was amplified due to the wider macro political climate.”

He added: “There are positive signs ahead for the local office market in the third quarter and beyond, attributable to unsatisfied demand, continued inward investment and new market entrants, particularly within the creative industries sector."

“Given the levels of demand, there is now a greater emphasis on delivering refurbishment projects swiftly and pushing speculative new build schemes through planning without undue delay.

“On the supply side, the commencement of groundworks at Chichester Street on behalf of Orby Developments is another positive move.

“In retail, the effect that Brexit uncertainty is having on consumer confidence is a real worry for retailers but border towns are benefiting from the strengthening of the euro against the pound..

“Vacancy rates in Belfast are at an all-time low and we expect a major announcement over the coming months on a new occupant for the former BHS store on Castle Lane.

“Speculative construction meanwhile, is still not a viable option for developers in the industrial sector, resulting in a number of owner occupiers constructing their own premises.”