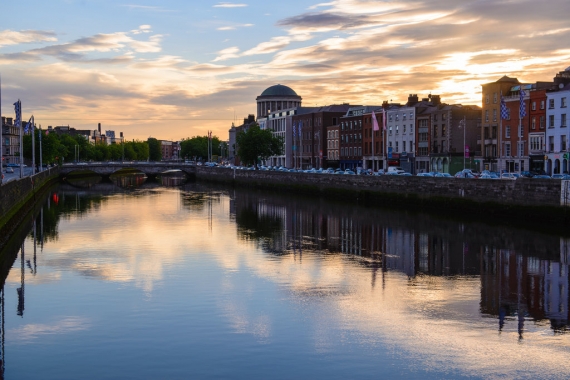 Ireland attracted record high demand on Tuesday for a 10-year bond issue that was set to raise 6 billion euros, closing in on its funding target to shore up government finances after the coronavirus pandemic.

The issue drew almost 70 billion euros of demand, more than twice the previous record for an Irish sovereign bond.

Ireland has stressed that the coronavirus-related economic collapse is different to its last financial crisis a decade ago and that it can borrow its way out of trouble, whereas in 2010 it needed an EU/IMF bailout when funding became too expensive.

The eye-watering demand seen for Tuesday's debt issue, exceeding a record 33 billion euros seen for a seven-year syndicated sale in April, enabled Ireland's debt agency to set the spread at 30 basis points over the mid-swap level, a lead manager on the deal said.

The issue, the Irish debt agency's third via a syndicate of banks so far this year - another unprecedented move - was set to increase its total bond sales since January to 18.5 billion euros, meaning it has already almost reached its target range for the year of 20 billion-24 billion euros.

The goal was revised up in April from 10 billion-14 billion euros to fund extra spending and make up for lost tax revenue from the shutdown of the economy, which is now being unwound at a slower pace than much of Europe.

Ireland expects the disruption to turn a budget surplus last year into a deficit of between 7.4% and 10% of gross domestic product this year. Data last week showed the tax intake was unexpectedly stable by the end of May, mainly thanks to bumper corporate tax returns.