Home > General > An overview of Gaelic football in 2022 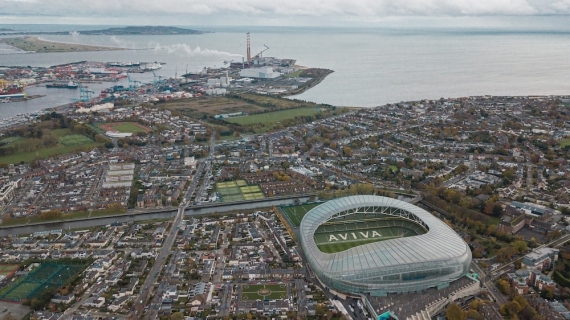 While the likes of football, rugby and basketball may be some of the most popular ball games around, over in Ireland it’s Gaelic football that takes centre stage. This is a sport that captures the attention of the media and also does an impressive job when it comes to bringing through young talent, especially when considering the government funding of €30m which then helped the Gaelic Athletic Association recover a €34m loss back in 2020 to record a €13.5m surplus in 2021.

When it comes to any sport and judging just how popular it is, all that you need to do is take a look at the betting markets at Irish gambling sites. Just as with football and rugby, Gaelic betting is extremely popular and fans love nothing more than placing a wager on their favourite teams. If you’ve never come across Gaelic football, it’s certainly not a new sport. Let’s have a look at how it’s developed and what it’s all about.

What is Gaelic football?

Gaelic football is a sport that has been played in Ireland for over 700 years now. This means that it’s a massive part of the county’s culture and is a sport that many are keen to follow. While some people compare the game to rugby, this comparison perhaps isn’t the best. While the ball can be kicked and handled, it’s round and the physical contact that’s allowed is much less than you'll find in a game of rugby.

Something that makes the sport so popular is the fact that it’s relatively simple. It doesn’t take long to get up to speed with the rules and to give the game a go for yourself.

While the sport can be traced back as far as the 13th century, it has developed over time and has become subject to a set of rules. Whereas the game used to be played anywhere that there was space in a village, it developed to be played on a particular pitch with certain positions.

It was during the 19th century that university teams began to play against each other. This was the first time that there were organised games and when the outcomes really began to matter.

Indeed, funding for the game also included €21.5m which was received from the National Governing Resilience as a response to the pandemic. Added to that was the €5.2m in Covid-19 club funding as well as €2.3m in coaching and games funding with €800,000 also supporting grassroot projects.

According to director general Tom Ryan, "things are moving in the right direction". He added that "Despite what was going on around us, the year felt a little more orderly, and we navigated a steady course through most of what the year threw at us.”

An even more formalised approach

During the 1800s, the sports of football and rugby created their associations. This saw the birth of the Football Association and the Rugby Football Union. Keen not to be left behind, in 1884 the Gaelic Athletic Association came into being and worked to promote the sport and make its Irish origins well-known.

While Gaelic football is the best-known Gaelic sport, there are numerous others. In fact, at one point in history, there was a version of the Olympic games held in Ireland with its own unique sports. The Gaelic Athletic Association also worked to restore these games and bring these sports back to public attention.

A home of its own

Since 1895 the final matches of the all-Ireland competition have been held at Croke Park. With extensive renovations taking place in 2004, the stadium now has a capacity of 82,300 and this is yet another signal that shows just how popular this sport is in the country of Ireland.