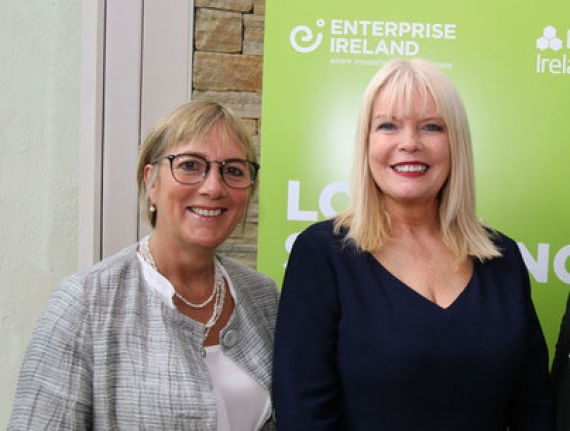 It was announced today that Enterprise Ireland invested €32 million in Irish start-ups in 2016 and supported a total of 229 start-up companies, the highest number to date in a single year.

The state agency responsible for the development and growth of Irish companies in global markets provided investment in the form of Competitive Start Funds (CSFs) and High Potential Start-Up (HSPU) funding.

Over 400 entrepreneurs and representatives from early-stage businesses, along with the investment and financial community and other stakeholders, convened today at Dublin Castle for Enterprise Ireland’s Start-up Showcase 2017.

Ash Maurya, author of the international bestseller “Running Lean: How to Iterate from Plan A to a plan that works” and the creator of the one-page business modelling tool “Lean Canvas” is the featured key-note speaker at the event.

The event provides an opportunity for entrepreneurs and start-ups to network with potential investors and other stakeholders to showcase their business offering.

Speaking at the Enterprise Ireland Start-up Showcase 2017, Minister for Jobs, Enterprise and Innovation, Mary Mitchell O’Connor TD said, "All the start-ups here today play a significant part in stimulating local economies and employment. I note the Class of 2016’s strong regional representation with 53% coming from outside Dublin - the high value employment and incomes that they generate, and the demand that they create for goods and services in their own local economies in turn sustain the viability of other businesses."

She added, "The Action Plan for Jobs 2017 gives a clear mandate to Enterprise Ireland to drive the global ambition of start-ups, particularly in the context of Brexit, and to set their sights further afield and power the economy through strong positions in diverse export markets. I wish all the start-ups and entrepreneurs here today every success."

Start-ups that Enterprise Ireland supported in 2016 include:

• 101 new High Potential Start-Ups (HPSU) - start-up businesses with the potential to create 10 jobs and €1million in sales within three to four years of starting up.
• 128 new Competitive Start Funds (CSF), which injects critical early stage funding into new businesses.
• Over a quarter (28%) were female-led businesses, including 19 new HPSUs and 44 new CSF investment approvals – up from a total of 61 in 2015.
• Over half (53%) the start-ups supported during 2016, were in regions outside of Dublin.
• Investment in seven new Fintech HPSUs and a further 10 Fintech start-ups were supported under a dedicated CSF fund.
• 15 spin-out companies from Higher Education Institutions supported in 2016.
• 33 new start-ups established by overseas entrepreneurs who have moved to Ireland to establish their businesses and include entrepreneurs from Russia, Europe and USA.