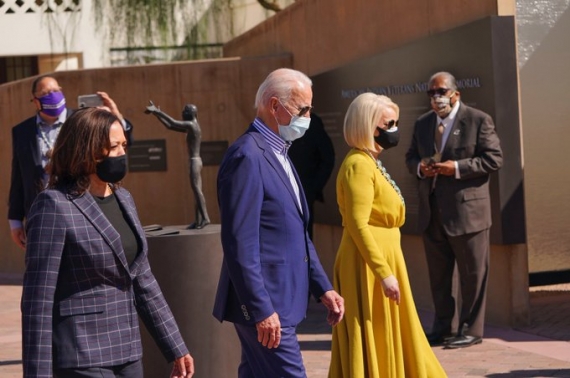 The American Chamber of Commerce Ireland said this week that the Inauguration of Joseph R. Biden as President of the United States marks a significant moment for the Irish-American relationship and for all those committed to deepening the ties between both countries.

This comes after recent research carried out by AmCham shows that 56% of leaders of US multinationals said Ireland is a better place today for inward investment than 2015 and 94% said their corporate headquarters had a positive view for Ireland as a place for future investment.

Speaking this week, American Chamber of Commerce Ireland CEO, Mark Redmond said, "President Biden’s commitment and leadership over many years in the areas of inclusion, equality, multiculturalism, multilateralism, sustainability and his commitment to the transatlantic relationship will not only benefit Ireland but the wider global community and economy."

He added, "The new administration has a very full agenda to contend with, as we make our way through the pandemic. However, despite the devastating effect of Covid-19 on the global economy and community, the trade and investment relationship between our countries has deepened in both directions with Ireland is now the ninth biggest investor in the US and employment by US companies in Ireland is at an all-time high."