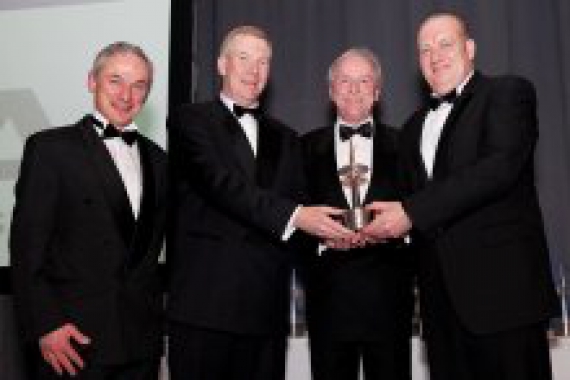 Donegal based SIA Flexitanks, has won the Irish Exporters Association's Emerging Exporter of the Year Award 2012. Richard Bruton, Minister for Jobs, Enterprise and Innovation, was guest speaker at the ceremony in O'Reilly Hall UCD and presented the award to Damian McClean, Managing Director of SIA Flexitanks. SIA Flexitanks specialises in providing tanks to the bulk liquid logistics market. The company invented the disposable polyethylene flexitank which is now used by 70pc of the industry. Established last year the company currently exports 90pc of its production to a client base of the world's top chemical and food manufacturing companies. The company with headquarters in Carndonagh has offices in the United States and Malaysia. This award, sponsored by the County and City Enterprise Boards, recognises exceptional performance by small Irish businesses in developing export activity. The judges paid special attention as to how the export and marketing strategies were developed and employed and the success these companies achieved in overcoming trade barriers. Mr Colin Lawlor, President of the Irish Exporters Association, speaking at the Awards Ceremony said that Irish exporters, despite the current global economic uncertainty, are still managing to show credible growth and Damien McClean and the team at SIA Flexitanks are a typical example of this.