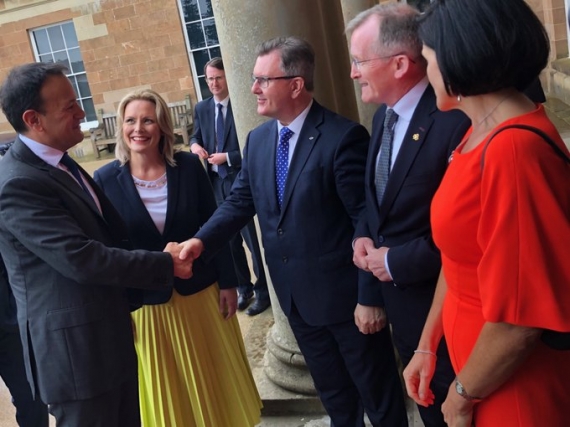 The Taoiseach has warned a no-deal Brexit will not enable the UK to leapfrog unresolved issues to negotiate a free trade agreement with the EU, according to a report by RTE.

On a visit to Northern Ireland, the Taoiseach said a no-deal was not inevitable and he was not being "fatalistic" about its likelihood. But he said the risk of a disorderly exit was increasing as the clock ticked towards 31 October.

RTE reported that after touring Hillsborough Castle in Co Down, the Queen's official residence in the region, Mr Varadkar said the Brexit process would not end on 31 October, even if there is no deal.

Leo Varadkar said in the wake of a no-deal, talks on a future trading relationship would still not begin until matters in the current withdrawal deal - such as citizens' rights, the financial settlement and the Irish border - were resolved.