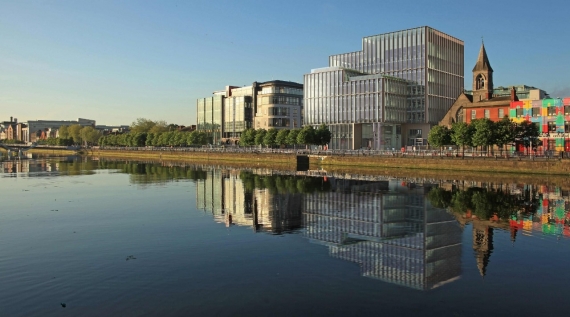 Mergers and Acquisitions (M&A) with any Irish involvement totalled €14.4 billion during 2020, down 61% compared to the value recorded in 2019 and the lowest annual total since 2009. This is according to research by Refinitiv Deals Intelligence released today.

The number of deals declined 14% year-on-year to a four-year low. Merger activity declined for three consecutive quarters to reach just €1.6 billion during the third quarter of 2020, the lowest quarterly total in four years.

Six of the largest ten deals deal in 2020 were announced during the final three months of the year pushing fourth quarter activity to €7.6 billion, almost five-times the value recorded during the previous quarter, but still 38% less than the same quarter in 2019.

For the first time since 2009 there were no mega deals, valued at €4.1 billion or more, with Irish involvement announced during 2020. The largest deal with Irish involvement announced during 2020 was Flutter Entertainment’s €3.5 billion deal to increase its stake in US-based sports betting site FanDuel in December, followed by Eaton Corp's €2.7 billion sale of its Hydraulics business to Danish Danfoss A/S in January.

Deals worth a combined €6.2 billion involved an Irish target during 2020, 46% less than the value recorded during 2019 and a four-year low.  Inbound M&A, involving an Irish target and a foreign buyer, declined 40% to €4.4 billion, a seven-year low, while domestic deals declined 57% to €1.7 billion.

Advising on three of the largest five deals of the year, Goldman Sachs maintained first place in the 2020 financial advisor ranking for M&A with any Irish involvement.

Speaking this week, Ireland Account Manager for Refinitiv, Bernard Jackman said, "It’s clear that 2020 was a very difficult year in terms of activity in the Irish M&A market with the macroeconomic environment and the pandemic having a huge negative impact on deals both in terms of size and quantity. Certainly, the sense that we are getting from the market locally, is that companies are starting to plan and act from a strategic point of view again, so we would anticipate a much stronger year in 2021."