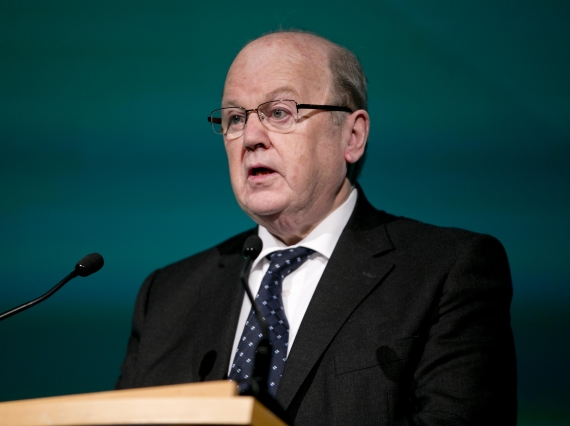 US president-elect Donald Trump's plans to slash corporate tax rates should not keep companies from setting up operations abroad, a move that would damage a key plank of Ireland's industrial policy, the Irish finance minister said on Wednesday.

Ireland has a decades-old policy of attracting multinational investment with a corporate tax rate of just 12.5%. That has made Ireland a hub for U.S. companies - including heavyweights like Apple, Google and Pfizer - which account for one in 10 local jobs. But it also makes the country vulnerable to any global tax changes.

Before his victory on Wednesday, Trump said he wanted to cut the U.S. corporate tax rate to 15% from the current 35% and encourage U.S. companies with operations abroad to repatriate profits at a reduced tax rate.

"It's the repatriation of profits that is the primary issue. Now, if you reduce that to 15 percent, it seems to me that that is not an disincentive for setting up abroad," Michael Noonan told a parliamentary committee.

"As a matter of fact, it could work the other way because you pay much less tax if you repatriate profits from Ireland in the future."

Trump will enjoy majorities from his Republican party in both chambers of Congress, potentially helping him push through reforms relatively quickly. But Noonan said he would "wait and see" whether the plans come to pass.

"I spent all my life listening to United States election campaigns where there was a commitment to reform corporate tax. I've yet to see tangible measures and I was first elected to a local authority in 1974," he said.

Noonan said the pipeline of multinational investment was strong at present, but the uncertainty before Trump takes office in January might slow down that down, PWC Ireland Managing Partner Feargal O'Rourke warned.

"For Ireland, broadly speaking, it (Trump's plans) will take away the tax plank of our foreign direct investment offering," said O'Rourke, who has advised a number of major U.S. companies with operations in Ireland.

"Am I worried about jobs suddenly being sucked back to the U.S. from Ireland? No. You can't run a global operation from California. But for the next five or six months, U.S companies are going to say 'let's just press the pause button for the moment'." (Reuters)