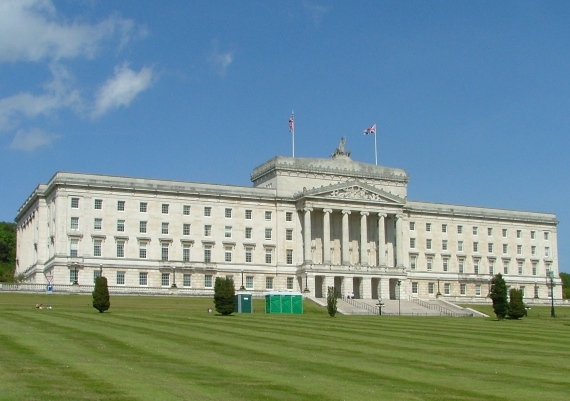 Belfast's High Court dismissed on Thursday a case arguing that a British exit from the European Union without a withdrawal agreement would contravene Northern Ireland's 1998 peace accord, saying the issue was political and not for the courts.

The case is one of a series across the United Kingdom challenging Prime Minister's Boris Johnson's Brexit strategy. Johnson has said Britain must leave the EU on Oct. 31, whether or not it secures a deal on an orderly exit.

Scotland's highest court of appeal ruled on Wednesday that Johnson's decision to prorogue, or suspend, parliament for five weeks was unlawful and should be annulled, a verdict that will be appealed at the UK's Supreme Court next week.

Rights campaigner Raymond McCord, one of three people backing the Northern Ireland case, said he would seek to join the other challenges before the UK's highest court, including on the issue of prorogation.

Lawyers for McCord had argued that a no-deal Brexit would breach the 1998 Good Friday Agreement that brought peace to the British-run province, but Judge Bernard McCloskey said the case "trespassed upon the prohibited domain of the non-justiciable".

"I consider the characterisation of the subject matter of these proceedings as inherently and unmistakably political to be beyond plausible dispute," McCloskey said in a 68-page written judgement.

"Virtually all of the assembled evidence belongs to the world of politics, both national and supra-national."

Parliament was prorogued on Monday until Oct. 14, a move opponents argued was designed to allow the prime minister to push through a no-deal exit from the European Union on Oct. 31 with little scrutiny.

Belfast's Court of Appeal, the next step in the province's justice system, had agreed to hear brief arguments from McCord's lawyers on prorogation on Friday as well as the no-deal case challenge on Monday.

However, McCord said on Thursday that he was hoping to go straight to the UK Supreme Court on prorogation while continuing with the no-deal appeal, which he hoped will ultimately will also end up being referred to London along with other cases.

"This will hopefully ensure my case is heard and Northern Ireland has a voice and representation alongside the rest of the UK in the Supreme Court," McCord told Reuters by email.

McCord's son was murdered by pro-British militants in 1997, just before the peace deal, which largely ended three decades of violence between Irish nationalists seeking a united Ireland and pro-British unionists. Some 3,600 people died in the conflict. (Reuters)